"Sabah traded its rights away for 28 bridges" 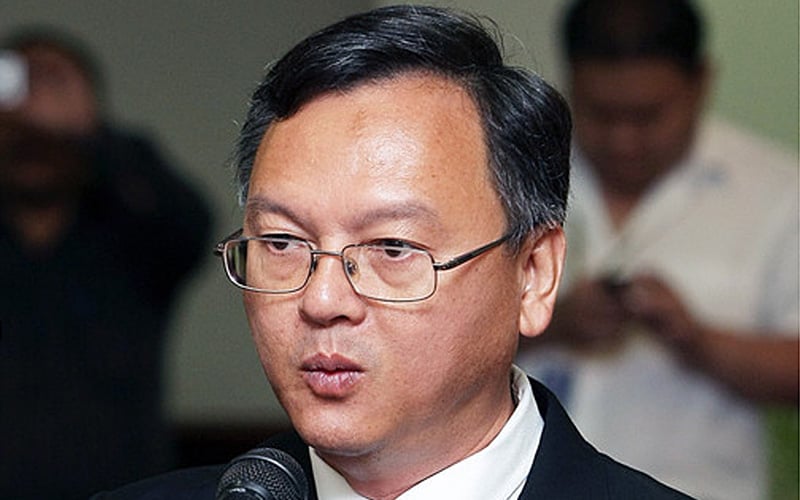 KUCHING - A SUPP assemblyman is disappointed that Sabahans are supporting the Pakatan Harapan (PH) government despite its “continuous U-turns” on promises made.

Batu Kitang assemblyman Lo Khere Chiang said Sabahans should not be clouded by the “political move” to divide and weaken regional politics in Sarawak and Sabah.

He was commenting on the Sabah legislative assembly unanimously endorsing the amendment to the Federal Constitution to put back the original wordings of the Malaysia Agreement 1963 (MA63) which failed to be passed in Parliament on April 9.

He questioned Prime Minister Dr Mahathir Mohamad’s definition of equal status and sharing of resources when the construction of the Igan, Rambungan and Batang Lupar bridges were stopped in Sarawak but 28 new bridges had been pledged in Sabah by Works Minister Baru Bian “after Sabah’s MPs supported the Article 1(2) of the Federal Constitution”.

“The Sabah government may be willing to trade its rights away for 28 bridges but Sarawak will not do that,” he said.

“Are Sarawakians not important to Malaya? Why are both the elected representatives for Kota Sentosa and Ba’kelalan keeping quiet about the cut in funds from the federal allocation for these three major bridges in Sarawak?”

“Take a look at my constituency’s long-awaited funds for the Haji Baki Hawker Centre, costing RM800,000, and the Dewan Haji Baki, costing RM1 million, that were cut.

“The same goes for the RM250 million flood mitigation project mentioned by Santubong MP Wan Junaidi Tuanku Jaafar that was slashed in early 2018 and the RM20 million allocation for SK Haji Baki in Batu Kitang.”

Lo said after Sarawak’s calls for equal status as a founding state, the prime minister had repeatedly said in Parliament that everyone should have the same status and share revenue together.

“In other words, Sarawak’s resources should be shared with Malaya. Even Kedah’s menteri besar reiterated that Sarawak should share her resources equally, including with Kedah.

“This is Kedah, the prime minister’s home state, which already has two existing airports and was only recently awarded a third airport, Kulim Airport, and major projects worth RM4.8 billion,” he said.

He said Putrajaya had money to help Africa with clean water projects but had no money for rural schools and villagers in Sarawak.

“Putrajaya has no money for Sarawak but has money to make a US$900 million deal with Pakistan during the prime minister’s recent visit to the country.”
Posted by wikisabah at 2:40:00 PM