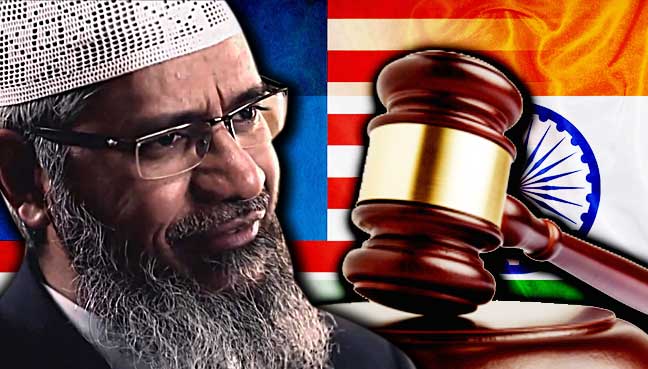 Naik, who is currently in Malaysia, was charged in absentia in a court in Mumbai.

The agency also told the court that Naik had made “inflammatory speeches and lectures” which incited a number of Muslim youths in India to commit terrorist acts.

Naik has strongly denied the accusations against him.

The television preacher, whose Peace TV missionary channel was banned in India and Bangladesh, is close to Malaysian government leaders and has embarked on several lecture tours despite protests from non-Muslim groups.