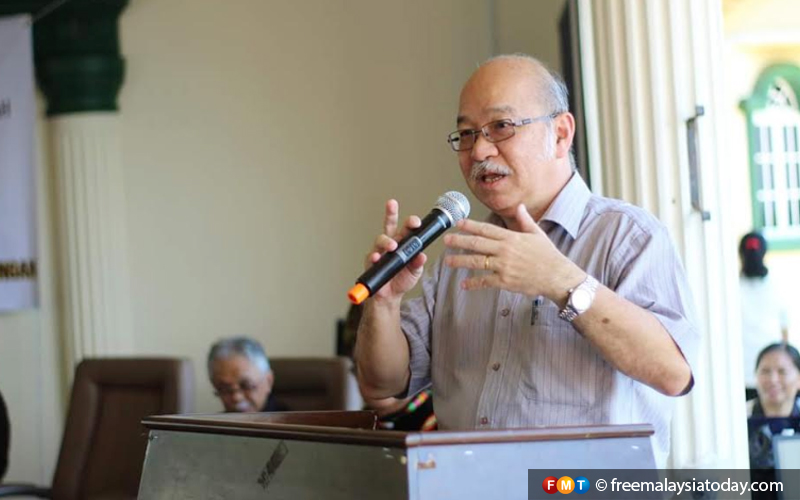 KOTA KINABALU - Former Sabah chief minister Yong Teck Lee called on DAP supremo Lim Kit Siang and his son Lim Guan Eng to fulfil their promises to Sabah instead of lamenting on a purported loss of support for DAP as a result of the khat issue.

Yong who is president of Sabah Progressive Party (SAPP) reminded DAP of its promises that remain unfulfilled more than a year after PH wrested the federal government from BN.

“Among the explicit and undeniable promises is the return of 50% of tax revenues to Sabah, which Guan Eng announced in the presence of Sabah DAP leaders before the last general elections. Another unforgettable promise is the 20% oil royalties to Sabah and Sarawak,” he said. (Guan Eng is now the finance minister.)

Yong said Kit Siang should fulfil his promise to the people of Sandakan to personally chair a special council for the revival of the Sandakan economy, a promise just before the Sandakan by-election three months ago.

Kit Siang could use his influence to help fulfil the promise of RM2.28 billion to develop Sandakan and as chairman of this Sandakan economic council, Kit Siang could also give his opinion on whether the proposed municipal parking fees should be extended to several other areas in Sandakan.

“Another notable promise made by DAP was the completion of the Kota Kinabalu overhead bridge which requires only RM2 million of federal funds, but DAP leaders seem unable to obtain this from the federal finance ministry.

“Sadly, instead of fulfilling its promises, the DAP finance minister has slapped new taxes on Malaysians such as the Departure Tax, Soda Tax (on sugared soft drinks), Digital Tax, Sales and Service Tax, Imported Service Tax (B2B), as well as increased Stamp Duties and Real Property Gains Taxes,” he said.

Yong said DAP had also approved the introduction of khat (Jawi calligraphy) in vernacular schools beginning next year and questioned how much money would be needed to train khat teachers in vernacular schools. He also reminded the DAP of the unfulfilled promise of recognition of the Unified Examination Certificate.
Posted by wikisabah at 1:25:00 PM