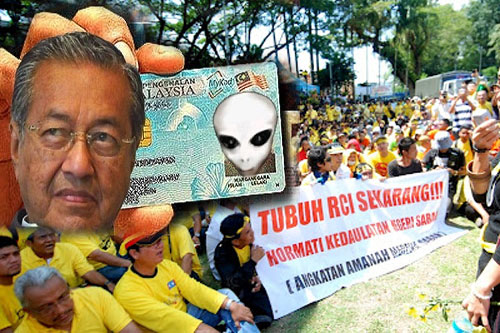 PETALING JAYA - The National Registry Department (NRD) has denied allegations on social media that MyKad was distributed to Chinese nationals.

In a statement issued on Friday (Aug 30), the NRD explained that the viral social media posting, which featured the pictures of several MyKad owned by alleged Chinese nationals, was a document falsifying case in 2015.

The NRD said the document falsifying case was already addressed by the Malaysian Anti-Corruption Commission in 2015.

“The NRD states here that all of the MyKad which became viral are fake, and it wasn’t issued by this department.

“Every information, such as IC number, picture and fingerprints on those MyKad does not exist in the JPN system, ” said JPN.

The NRD is urging the public to stop circulating those pictures on social media, in order to avoid confusion as well as a potential public disorder.

“NRD reminds that legal action can be taken to stop the spread of inaccurate information by irresponsible individuals.”

The NRD was referring to a Facebook posting by Tam Abata IV, who claimed that the department had issued MyKad’s to Chinese nationals.
Posted by wikisabah at 2:23:00 PM