Chong Wei denies being worth RM300mil 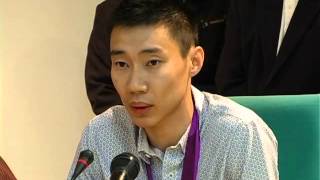 PETALING JAYA - National shuttler Datuk Lee Chong Wei has quashed rumours that he has a networth of about RM300 million, as claimed by a website and the reported by local media.

"If I have RM300 million I think I will stop playing badminton. I don't think I will have to work, I will just sit at home," Chong Wei told reporters.

A website, thecelebritiesnetworth.com, had claimed that the three-time Olympian had assets amounting to USD75 million or RM300 million in the form of luxury cars, property and endorsements.

Its claims were later reported by other news portals.

Chong Wei, however, said that top national athletes would find it hard to earn that kind of money.

"I don't think a Malaysian sportsman can make RM300 million. I don't think so. Even RM10 million or a million also is very hard because badminton is not the same as golf, tennis or football," he told reporters.

Ironically, the shuttler and his fellow Team Malaysia Olympians were being presented cash prizes of up to RM315,000 for their strong showing at the recently concluded Rio Olympics.

Besides a RM200,000 cashfall from the Government and the promise of a lifetime pension, he has also received a RM1.5 million condominium from a property developer for his performance in Rio.

Despite that, the shuttler said he was worth much less than social media is claiming.

"I know myself," he said. "It's normal for Twitter and FB, they can write anything. I can't stop other people from talking."

"I think everybody knows in Malaysian sports how high you can go-lah," he said.