Philippine President to Work with US Military Despite Threats 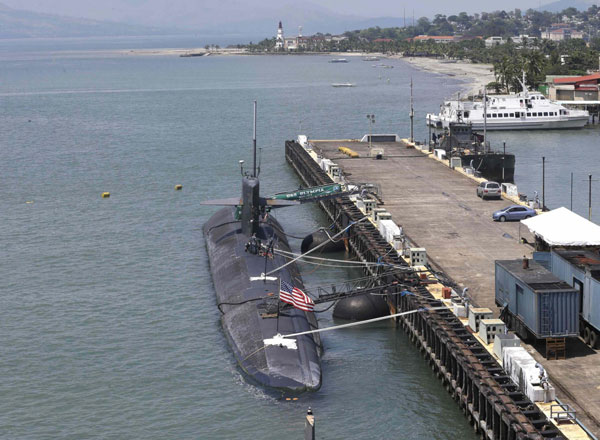 Philippine President Rodrigo Duterte’s apparent rejection of U.S. military help in patrolling a contested sea and in fighting Muslim rebels may mark just another angry outburst rather than an order to quit cooperation, as Filipinos largely welcome the help despite uncomfortable memories of American colonialism.

Duterte, the 71-year-old president known for rash remarks and a personal distrust of the United States, said last week he would not let foreign powers help with patrols of disputed waters near the South China Sea, an apparent slight against a deal reached by his predecessor for U.S. aid. China is the rival maritime claimant.

The president had called a day earlier for U.S. military advisers to leave southern Mindanao, an island where Philippine forces are battling Muslim insurgents. But Philippines secretary of foreign affairs Perfecto Yasay said later Duterte would not pull out of any U.S. military aid agreements.

Analysts in Manila said Duterte may have just spoken prematurely in both cases.

“The president is very outspoken and too transparent about his personal feelings and attitudes, and I think that perhaps this particular statement really is just a kind of personal expression at this point,” said Jay Batongbacal, director of the Institute for Maritime Affairs and Law of the Sea at University of the Philippines.

The U.S. Embassy in Manila calls the American alliance with the Philippines among the most “enduring and important” in the Asia Pacific. “It has been a cornerstone of stability for over 70 years,” an embassy spokesperson said by e-mail. “It is built on shared sacrifices for democracy and human rights and strong people-to-people and societal ties.”

The embassy declined to comment on Duterte’s remarks last week.

Although some Filipinos resent the United States colonial role in the Philippines from 1898 to 1946, most welcome U.S. military aid in the “background,” Batongbacal said. That means they accept today’s sharing of intelligence and technology, just not a U.S. role "as frontline troops fighting with the Philippines on the ground,” he said.

American forces have helped the Philippines fight rebels in Mindanao for 14 years, aiding in counterterrorism operations. One rebel group, Abu Sayyaf, has fought back against Duterte’s effort to crush it. The clashes have caused civilian, rebel and military deaths. Duterte declared a state of lawlessness this month to help coordinate the military with police.

Abu Sayyaf is best known outside the Philippines for kidnapping foreign tourists in Mindanao. In April the group beheaded a Canadian hostage. Abu Sayyaf is one of at least four Muslim rebel groups pushing for autonomy in the south. Their conflict with the Philippines government has left about 120,000 people dead over the past half century.

Duterte’s issue with the United States may stem from an incident in the southern city Davao where he was mayor for 22 years before being elected president May 9. Local media have reported that Duterte was upset in 2002 when an American national with connections to Mindanao rebel groups was hurt in a bomb blast in Davao and quickly taken out of the country by U.S. security forces.

“Ever since he was mayor he had this personal attitude,” said Ramon Casiple, executive director of the Philippine advocacy group Institute for Political and Electoral Reform. “He thinks that particular person was spirited away by the FBI and he suspects it has something to do with the bombing, and ever since he has been making those kinds of comments.”

Two years ago Manila and Washington signed an Enhanced Defense Cooperation Agreement that lets U.S. forces rotate in and out of the country and build or operate military facilities.

Duterte’s rejection last week of these ties may signal that his government is shifting toward China, which recently lost a world court arbitration case over competing maritime claims in the South China Sea. Duterte’s predecessor had filed the case.