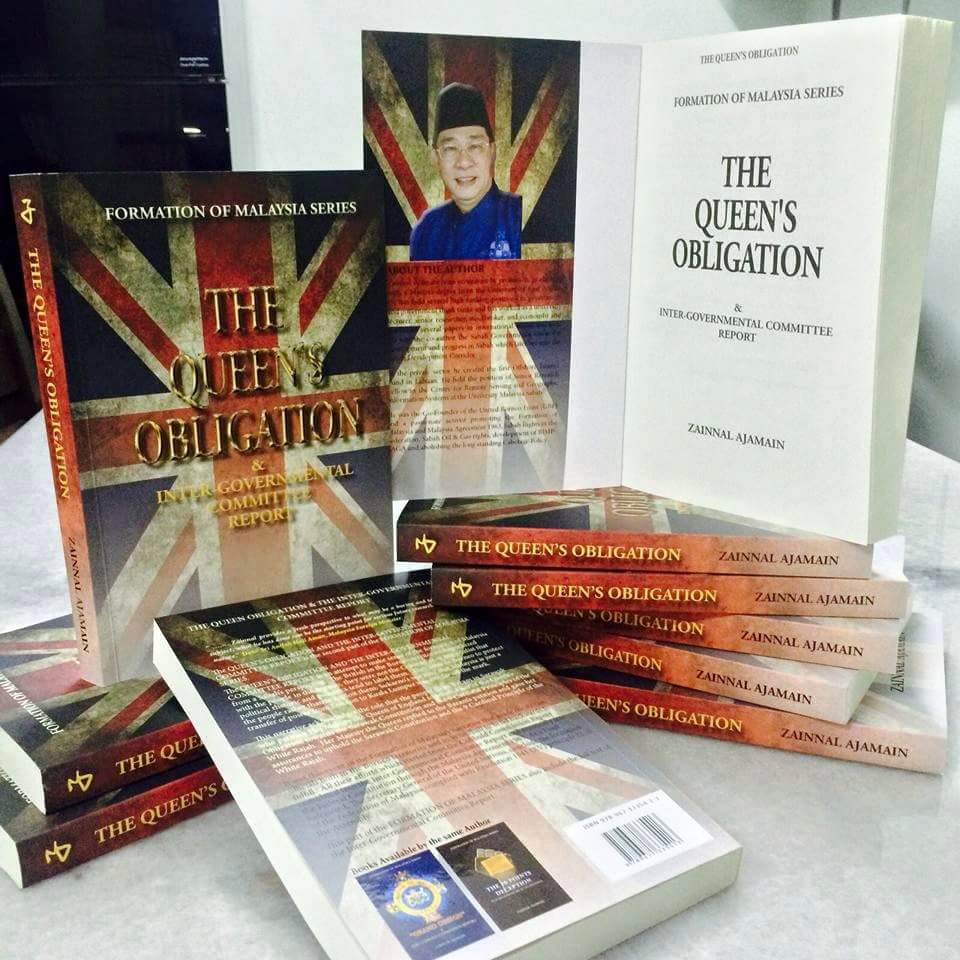 KOTA KINABALU - “No taxation unless authorized by law, this is enshrined in our Sabah Constitution.” Says Zainnal Ajamain a passionate activist for Sabah Rights and the Malaysia Agreement 1963, and the author of the Sabah best-selling author “The Queen’s Obligation”.

He was responding to the news that there would be a Tourism tax imposed based on occupancy of hotels throughout Malaysia. The Tourism tax was passed by parliament and would be enforced by the 1 July 2017.

The central government has no right to impose such tax because in as far as Sabah is concerned this will amount to double taxation to Hotels and Lodging Houses. Perhaps the Minister is unaware there are 3 tiers of government in Malaysia namely the Federal Government, the State Government and the Local Government.

Is Musa Aman a leader for Sabah that will protect Sabah from being taken over by the Central Government Or is Musa willing to give away Sabah rights in accordance to the Malaysia Agreement 1963 just to please his political masters in Putrajaya.

Parliament cannot pass any law as it please. When parliament tables a Bill it is a Federal law and the Member of Parliaments from Sabah do not represent the Dewan Undangan Negeri Sabah who make and pass law for Sabah.

It does not matter the motion in the Dewan brought about by the Government or the Opposition – this is for the sake of Sabah and it concern all Sabahan.

How can the Sabah State Government allow such tax to be passed by parliament? So where is Musa ability to “bisik bisik to the PM” is Musa having sore throat because he is also doing his jelajah throughout Sabah?

This is a clear case that the Sabah State Government is ignorant about the Malaysia Agreement 1963, it is clueless about the powers of the State and Local Government and a confirmation that all those in the Executives led by Musa Haji Aman failed to protect Sabah rights.

If the present State Government in Sabah cannot protect Sabah and its people from the greedy hands of the Central Government, why should the people in Sabah keep them in government – it’s time for regime change.

Then you have the Ministry of Tourism Sabah already accepting these Tax as valid. In his press statement, Masidi Manjun said “We need to study it to know the mechanism, the collection and the disbursement thereafter” meaning there were no argument that this tax is invalid just because the Central Government pass a law on Tourism tax.

Masidi as the Minister in the present Sabah Government does not even know the power to collect such dues is in Section 49 (46)(i) of the Local Government Ordinance 1961 and Local Authorities in Sabah has been collecting it since the 70’s. What a waste making him a Minister.

This is what Nazri mean by Tourism Tax - similar to what is now being implemented and collected by Sabah Local Government. The Hotels and Lodging By-Law 1966. This is a clear case of Double Taxation; therefore, it is illegal.

What Nazri is doing is showing that the Central Government is not satisfied by taking our Oil & Gas, our 40% dues, tariff for petroleum products, tax for crude petroleum tax, establishing Federal bodies in Sabah not just to take away our powers given in the Malaysia Agreement 1963 but also the power to give licence fees and taxes which rightfully belong to Sabah.

What is the purpose of the Cocoa Board, Malaysia Palm Oil Board (MPOB), Malaysia Timber Industries Board (MTIB), and Lembaga Kemajuan Ikan Negara (LKIM) when it is clearly stated in the Malaysia Agreement 1963 and the Constitution that Agriculture and Fisheries are powers belonging to Sabah.

Zainnal Ajamain is an economist by profession, graduating with a Masters degree from the University of East Anglia.

He has held several high ranking civil service positions in government and government think tanks and has worked as a university lecturer, senior researcher, stockbroker, and economist and published several papers in international media journals.

He was the co-author behind the Sabah Government’s vision for development and progress the HALATUJU which later became the Sabah Development Corridor and created the first Offshore Islamic Fund in Labuan.

He also held the position of Senior Research Fellow in the Centre for Remote Sensing and Geographic Information Systems at the University Malaysia Sabah.

He was the Co-Founder of the United Borneo Front (UBF) and a passionate activist on Sabah Rights relating to the Malaysia Agreement 1963, Sabah Oil and Gas Rights, to abolish the Cabotage Policy and the development of Brunei, Indonesia, Malaysia and Philippine East Asia Growth Area or in short BIMP-EAGA.
Posted by wikisabah at 9:54:00 AM