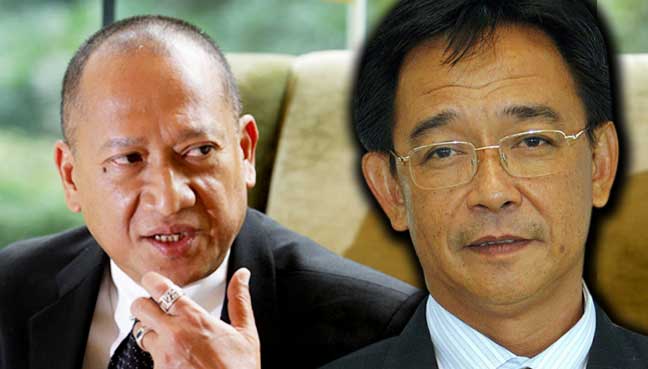 "The subject matter is higher for my ministry to handle because tourism is about state's rights," he told reporters yesterday.

He said whatever decision is made will be conveyed through the official channel to the federal government, not through the media.

"I am sure we will come up with a good decision," he said when asked to respond to federal Tourism Minister Datuk Seri Nazri Abdul Aziz's remark against him earlier in the afternoon.

He said the state leadership, then under former Chief Minister Tan Sri Adenan Satem, had been looking at tourism under the devolution of power to the state last year.

Karim, who is a lawyer by profession, said tourism was not discussed when the Malaysia Agreement was signed by Malaya, Singapore, Sabah and Sarawak in 1963.

"I don't know whether there was such a thing as tourism when the Malaysia Agreement was signed, and that was why it was not found in the Federal List, State List or Concurrent List.

"When the subject matter is not in these lists, any constitutional lawyer will look at it as in the Residual List," he said.

He said when the subject matter is in the Residual List, then it is to be discussed by both the state and federal governments.

Karim said he was not slighted when Nazri called him names, but suggested that the federal minister should not have uttered those remarks during the fasting month.

"I know Nazri is a senior minister, and he has been around for many years now, but I don't know whether he knows what I was talking about," Karim said.

He said he agreed that he has been a minister for only over a month compared to Nazri who has been around for many years.

"But I believe he is a lawyer and should know about the Malaysia Agreement unless he prefers not to know," he said.