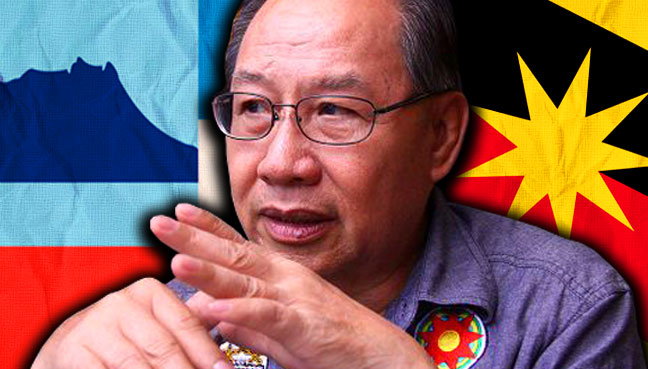 "Beside, this tax will only reveal the desperation of the government to cover shortfalls in its revenue budget" added Dr. Jeffrey.

While “tourism” was not specifically discussed in the formation of Malaysia, it was unwittingly added as a new Item 25A to the Federal List in the 9th Schedule of the Federal Constitution in 1994.   Its inclusion may be unlawful although it may be passed by Parliament in 1994 with the participation of MPs from both Sabah and Sarawak.

Since tourism was not provided for in 1963, it should have been a residual power vested with the State government. The federal government has no business to amend the Federal Constitution and usurp the residual power of the State on tourism.

How desperate is the federal government short of funds?

Before this, there were withdrawal of tens of billions of ringgit in subsidies, slashing of budget allocations, closing of tourism offices, teachers training institutes and asking government departments to reduce spending to reduce operating expenditure.

Now, the imposition of a new tax in the form of the tourist tax, to bring in additional revenue.

Moreover, the alleged “Tourist tax” is actually a hotel tax in disguise and should fall under the category of buildings under Local Government Not Tourism. Local government is strictly under the jurisdiction of the State government.

That’s probably the reason why in implementing the tourist tax, the Ministry has added the definition of “tourist” to cover all hotel guests, both foreign and domestic.

Even local travellers who are NOT tourists are defined as tourists. For instance, local travellers who attend seminars or go back hometown and stay in a hotel or sales staff going on business trips or family members forced to stay in nearby hotels because their relatives are hospitalised are not tourists in its true sense. But they are now caught by the definition of “tourist” and must pay the hotel tax @ tourist tax.

In Sabah, there is a heavy reliance on the tourism industry and many Sabahans depend on the industry for their daily living. To impose the tourist tax in Sabah is akin to punishing Sabahans and Sabah and the wonders of nature which has made Sabah @ North Borneo in the tourism world a wonderful place to visit and to meet friendly and welcoming Sabahans.