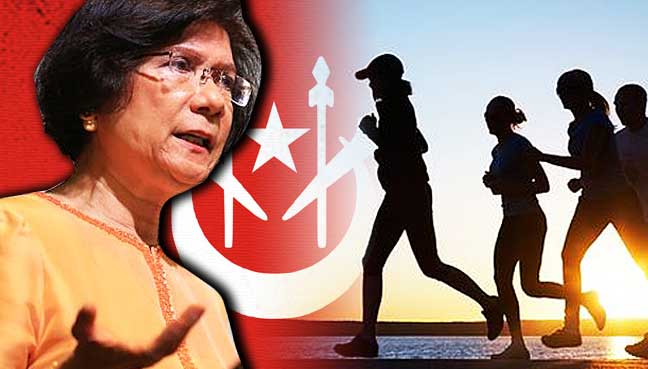 PETALING JAYA - Politicians and social activists are up in arms over a directive by the Kota Bharu Municipal Council that male and female participants be segregated during a fun run held last week as this proved that non-Muslims were being affected by the supposedly Muslim-only rulings of Kelantan PAS .

According to a report by The Star Online, Noor Farida Ariffin of the G25 group of eminent Malays said the directive was a clear indication of the growing conservatism in Kelantan.

“Non-Muslims should protest the encroachment of their rights by the council,” she said, adding that this directive was one in many affecting non-Muslims.

Last year, several businessmen were fined by the council for indecent advertising because they displayed posters with models not wearing headscarves.

“Things are getting from bad to worse, and what the council has done is all about exercising their petty power,” Noor Farida was quoted by the news portal as saying.

Meanwhile Kelantan MCA chief Hou Kok Chung said that rather than impose such a directive, the council should instead give more focus to improving racial harmony and the economy of the state.

The 7km Run for Peace, organised by Buddhist group Soka Gakkai Malaysia has been held nationwide since 2015. However this year’s event came with a condition – that male and female participants be segregated.

However despite the directive, most of the 1,400 participants defied the council and ran together.
MCA Religious Harmony Bureau chairman Ti Lian Ker meanwhile was quoted by the news portal as saying, “The council’s political master gave assurances that this won’t affect non-Muslims, but when there is abuse or overextension of such regulations they keep quiet, so how can the public trust them?”

Social activist Anas Zubedy when asked to comment on the ruling, pointed out that males and females were not even segregated when they performed the haj in Mecca.

“If there is no segregation among males and females during the haj pilgrimage, which is very important for all Muslims, then I think it is something we should all ponder on,” he said.
Posted by wikisabah at 12:00:00 PM