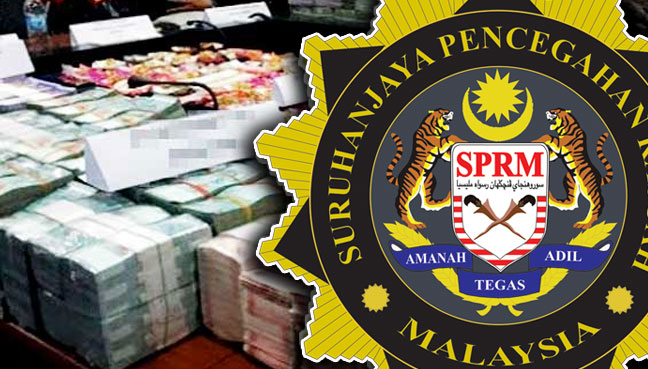 Sabah Malaysian Anti-Corruption Commission (MACC) director Sazali Salbi said they would take action as soon as there was sufficient evidence.

“Our investigations involve two major state government agencies and high-ranking officers. That is all I can say for now,” he said at the Sabah MACC Raya open house here yesterday.

Sazali said MACC had been monitoring and probing the agencies and their personnel.

Last year, MACC made the largest seizure in the country when they recovered more than RM50 million in cash from senior officials of the Sabah Water Department. Three people have been charged in court.

The 40 guides have been issued show-cause letters.

Sazali said the investigations were part of efforts to eradicate any wrongdoing in the tourism sector, a major revenue earner for Sabah.

As of July this year, the MACC has investigated 56 cases in Sabah, most of them dealing with false claims for projects that were purportedly never carried out. - Reported in Star online
Posted by wikisabah at 12:03:00 PM