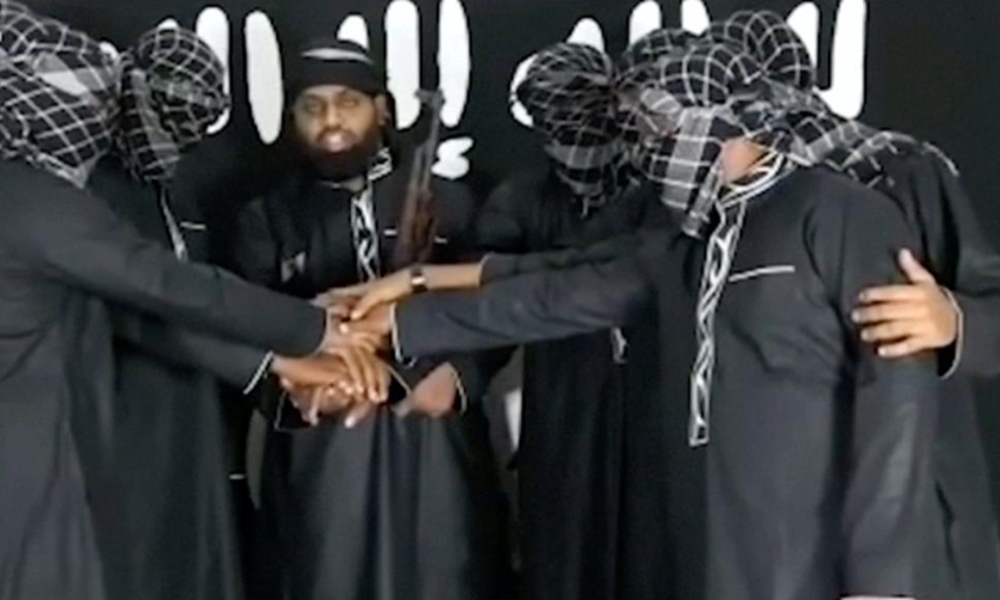 Standing under a black flag of the Islamic State (IS), eight men declare their loyalty to the group’s leader, Abu Bakr Al-Baghdadi.

“We pledge allegiance ... and to obey him on everything either in easy or difficult conditions,” they say, before praising Allah.

IS claims the men in the video, released late on Tuesday by its AMAQ news agency, carried out the Easter Sunday suicide bombings in Sri Lanka that killed more than 350 people in churches and luxury hotels, the deadliest such attack in South Asia’s history.

Only one man from the video has his face uncovered: his name was Mohamed Zahran.

Sri Lankan intelligence officials and Prime Minister Ranil Wickremesinghe believe that Zahran, a Tamil-speaking preacher from the east of the Indian Ocean island country, may have masterminded the attacks.

He was well-known for his militant views, according to Muslim leaders and a Sri Lankan intelligence report dated April 11 that was seen by Reuters.

Leaders of three prominent Sri Lankan Muslim groups told Reuters they had held several meetings with Sri Lankan defence and intelligence officials in the past three years to warn about Zahran’s radical beliefs, after he began posting content that included messages supportive of Islamic State.

They said Zahran was a fringe figure with fewer than 200 followers, who began posting extremist videos on his Facebook page in 2016 that called for violence against non-Muslims.

The videos, posted on a Facebook profile under the name Zahran Moulavi, have been removed.

In one of the clips, shared with Reuters by R Abdul Razziq, the general secretary of an Islamic group, Ceylon Thowheed Jamath, Zahran is seen threatening to attack civilians using explosive-laden vehicles.

“Before the strength of a mujahideen (holy warrior), your army, police and intelligence are all doomed to fail,” Zahran says.

Reuters could not independently verify where or when the video was recorded.

‘We warned them, but it’s too late’

Razziq said he warned counter-terror officers about Zahran in a 2016 telephone call.

“They destroyed LTTE, but I don’t know why they left Zahran,” he said, referring to an ethnic minority Tamil separatist group that fought a 26-year insurgency. Government forces finally crushed the mostly Hindu rebels a decade ago.

Razziq’s group is not connected to the National Thawaheed Jamath, one of the local organisations Sri Lanka believes was involved in the attack, even though Zahran was believed to have been a member of the group.

Farhan Faris, the assistant manager of All Ceylon Jamiyyathul Ulama (ACJU), the apex body of Islamic scholars in Sri Lanka, said his group had been holding regular meetings with Sri Lankan defence officials for two years about militancy, at many of which Zahran was mentioned.

The last meeting was on Jan 2, where a delegation from ACJU met Defence Secretary Hemasiri Fernando, who is also President Maithripala Sirisena’s chief of staff, a photo of the meeting seen by Reuters showed. At the meeting, the ACJU mentioned Zahran again in connection with extremism, he said.

“We told them that this person is dangerous,” Faris said. “They have to take action, but it is too late.”

Fernando did not respond to a request for comment.

An April 11 intelligence report said Zahran was based in the eastern town of Katthankudy, which has a large Muslim presence on the east coast of Sri Lanka.

With its date palms and dozens of Wahabi mosques, a hardline branch of Islam, it is known as a Saudi Arabia-on-sea, according to Hilmy Ahamed, the vice president of the Muslim Council of Sri Lanka.

Zahran preached there, as well as in other places on the east coast.

Ahamed said he had warned officials about Zahran in 2016 and again in December 2018 after Buddhist statues were vandalised in central Sri Lanka. Zahran was believed to be involved, he said.

“There is a Muslim who is preaching hate, arrest him,” Ahamed said he told the officials. “He might end up as a danger to Sri Lanka. No Muslim is going to say a word of protest.”

The government said on Wednesday nine suicide bombers, one a woman, carried out the Sunday attacks.