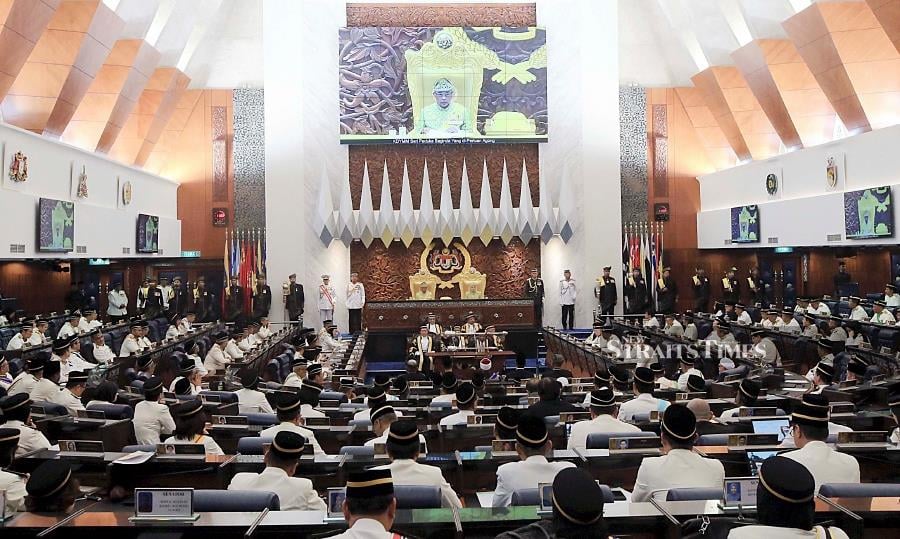 KUALA LUMPUR - The Dewan Rakyat tonight failed to meet the necessary two thirds or 148 votes required to restore Sabah and Sarawak to their original status in the Malaysia Agreement 1963 (MA63).

Block voting at the end of a day-long debate on the second reading of the Constitution (Amendment) Bill 2019 saw only 138 lawmakers supporting the move.

There were no lawmakers opposing the bill, while another 59 lawmakers in the lower house of Parliament abstained from voting.

There were a total of 197 out of the 221 Dewan Rakyat members who were present for the vote.

There was also one vacant seat, following the death of Sandakan federal lawmaker Stephen Fong.

The bill sought to amend Article 2(1) of the Federal Constitution.

A total of 46 federal lawmakers took part in the debate involving the amendment, earlier in the day.

In his winding up speech, Prime Minister Tun Dr Mahathir Mohamad said the lawmakers in general support the amendment, some with conditions.

He added that there is also no need to refer the amendments to the Rulers Conference as it did not touch the rulers special privileges, rights and position.

On the need for the amendment to be refered to the respective Sabah and Sarawak state assemblies for their permission, Dr Mahathir said no such provision was contained in the federal constitution, which required for such a move.

The Prime Minister also said the government also has no problems in the formation of a Special Parliamentary Select Committee comprising members of Parliament to review the Malaysia Agreement 1963 (MA63).

A member of the Parliamentary Select Committee will also be appointed into the Special Cabinet Committee reviewing the implementation of MA63 Dr Mahathir said.