Plea to govt to get banks extend loan moratorium 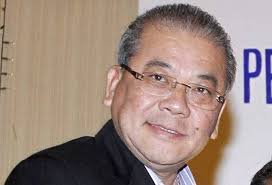 KOTA KINABALU: The Federation of Chinese Associations Malaysia (Huazong) has appealed to the government to persuade banks and financial institutions to extend the six-month moratorium on loans and financing repayments which ends in September, to December or the first quarter of 2021.

Making the call yesterday, Huazong president, Tan Sri TC Goh said this could assist the people and businesses to pull through this extremely tough time as almost all and sundry were devastated by the COVID-19 pandemic and the series of Movement Control Orders ( MCOS) in the last three months.

"Feedbacks gathered by Huazong show that almost all businesses are now facing cash-flow and turnover issues. “Many companies shut down, while some are on the brink of winding up. Many workers have also been laid off and this has inevitably resulted in a spike in unemployment.

"Many of those who have lost their jobs are currently struggling to provide for their families. Hence, it is necessary that the government talk to the banks to extend the six-month moratorium," he said.

Goh suggested that after the current six-month moratorium, banks and financial institutions should provide another six months of extension to debtors upon requests and with valid reasons.

Welcoming the statement by Finance Minister, Tengku Datuk Seri Zafrul Tengku Abdul Aziz on Sunday that the government would hold talks with banks on the matter, he said there have been numerous requests for an extension of the moratorium.

Goh concurred with Tengku Zafrul that extension of the moratorium could be done in a targeted manner.

He however hoped that if the extension was agreed upon, the government must ensure that banks would not charge interests on the extended late repayments to achieve the intended aim of helping the debtors.

Goh said extension of the moratorium was necessary in view of the fact that the COVID-19 pandemic was not over and many businesses were still struggling to stay afloat.

He cited for example, the retail industry only managed to achieve 30% of the pre- COVID-19 business volume, the hotel industry (15.6% occupancy rate) while some businesses were still unable to re- open.

"And, although 90% of wage earners had resumed work, our nation is now facing the highest unemployment rate, coupled with an escalating domestic debt.

"Therefore, regardless of whether the debtors have returned to work or have lost their jobs, they still need the moratorium extension for their loans and financing payments, in order for them to pull through the next six months," he said.