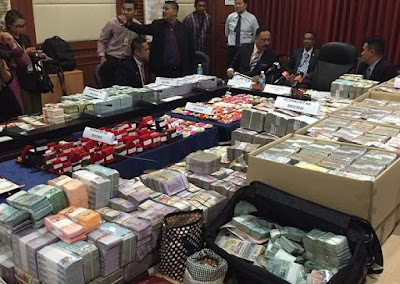 Sources said that the suspect was brought to the Magistrates Court here on Thursday (July 9) and remanded for four days.

Sources also said the suspect, in his 50s, was arrested on Wednesday (July 8) after he was called to the Sabah MACC office here.

It is believed the case is related to a multi-million ringgit infrastructure project in the state, involving a team from the MACC headquarters in Putrajaya.

Several senior Warisan functionaries conceded there is the 'actual fear' within the party that the new Sabah Water Department Director Ir Edward Lingkapoo’s arrest may be just the first of several possible arrests of top line Warisan leaders.

Today another arrest. Lawyer Martin Tommy @ Tommy  is arrested in connection with a graft probe. Tommy was detained by our Malaysian Anti-Corruption Commission and remanded to facilitate investigation.

Tommy was the political secretary to the former Minister in the Prime Minister’s Department for Legal Affairs, V. K. Liew. Tommy is also believed to be Peter Anthony's close associate and proxy.

Looks like Warisan is shaken to the core with all these arrest going on. Many in Warisan are now wondering who is going to be next.