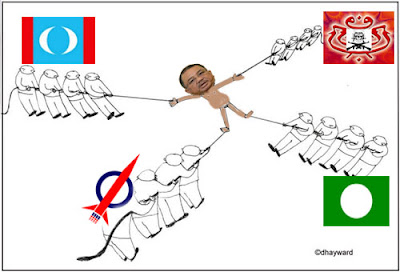 The Islamist party is seen as the weakest among Sabah’s opposition parties and could provide the best leadership position prospects for Lajim.

Lahirul also said PAS would consider accepting other politicians and community leaders regardless of their position and background.

“PAS has gone through numerous experiences with professionals such as doctors, lawyers and ordinary people joining PAS. We never block the entry of people into our party,” he said. 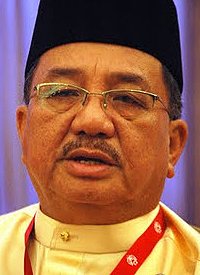 Lajim (right) said in Labuan recently that he was ready to be sacked from Umno and that he would consider the view of his supporters as to which opposition party he should join.

Meanwhile, federal and Sabah state leaders are not according any significance to Lajim’s intention to hop over to the opposition.

No federal and Sabah BN leaders have yet blasted Lajim for his stance or attempted to discredit his assertion that his MP’s development funds for his constituency were cut after he became critical.

Sabah Chief Minister Musa Aman as the state BN chief did not comment on Lajim’s intention or accusation at a Sabah Energy Corporation function yesterday.

A political turnaround could be in progress as had happened in the past.

Only Sabah BN secretary Abdul Rahman Dahlan, who is also Kota Belud MP, had in a terse comment expressed regret over Lajim’s stated desire to cross over to the other side of the political divide.

“Beaufort BN would now be able to formulate strategies clearly without uncertainties,” he said.

“BN’s success in developing this country in the past 50 years is not due to individual personalities.

“It is the collective wisdom of all BN leaders that made it happen.

“In the next general election, the people of Sabah will vote for progress, development, peace and security which are the cornerstones of the Barisan Nasional government under the leadership of Najib Abdul Razak and Musa Aman.

“Both leaders have rolled out many successful and effective programmes to reduce poverty, help the poor, increase economic activities, provide employment and business opportunities as well as giving more democratic space to all Malaysians.

“This will be the basis of the people’s support for BN in the coming election,” Dahlan said.

Most Malay mainstream newspapers in the state ignored the news, with some English dailies treating it as a footnote in the inside pages. The cold shoulder treatment response is not new.

It was similar to the treatment accorded to the Sabah Progressive Party (SAPP) when its leadership was critical of the then-prime minister Abdullah Ahmad Badawi, while the party was waiting for the BN to sack it from the nine-party coalition in Sabah, instead of quitting.

The SAPP, after a protracted period of coming under criticism, eventually left the BN on its own.
Posted by wikisabah at 8:27:00 PM