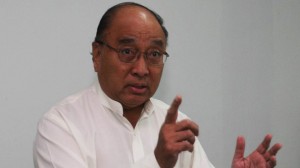 PETALING JAYA: The government has been urged to draft a new law to address the issue of political donations, which according to former MACC advisory panelist Robert Phang, is tantamount to bribery.

“Nobody would give you free things or free money. And in Malaysia it must be in exchange for certain favours. Either they expect you to give them something or it has already been granted,” he said.

He said that the law must include sections that requires those who intend to give such donations to declare their objectives. The donor, he added, must also have “no interests whatsoever” in dealing with the government.

Phang said that the government’s reply on the issue so far has been shocking, and is akin to giving all political parties a “license to collect”.

“If this area is not carefully and seriously addressed, it will condone very bad practices to have political parties just simply collect [money] from anyone. The gates are left wide open and sets a dangerous precedent,” he warned.

Phang said that during the 6th International Association Of Anti-Corruption Authorities (IAAC) conference recently, he posed this question about political donations in a workshop chaired by IAAC general counsellor Bulelani Ngcuka and attended by eight international rapporteurs.

“Michael Symons, from the Anti-Corruption Consultants of Australia, replied me saying that political donations are normally accepted with conditions.

“He said that unless there is full transparency and that purpose of such donations are made known, there can be no other interpretation but for it to be a corrupt practice,” he added.

Phang urged the Attorney-General, the MACC, and the Prime Minister’s Office to study the issue and consider coming up with strict regulations on the matter.

“We just need one set of rules to cement the issue once and for all. This issue must be handled or it leave a very black mark on this country.

“I feel that the prime minister has been grossly misled and badly advised on this when he said that it was okay to receive political donations,” he said.

‘No element of corruption’

On Oct 11, parliament was told that MACC had cleared Sabah Chief Minister Musa Aman of graft and money-laundering allegations after finding that the over S$16 million (RM40 million) was not meant for the latter’s personal use but for for Sabah Umno.

The minister had also said that the Attorney-General’s Chambers had shelved the matter after finding “no element of corruption” in the case.

The matter first surfaced in 2008 when businessman Michael Chia was allegedly caught red-handed at the Hong Kong International Airport with Singapore currency worth RM40 million in his luggage before he could board a flight to Kuala Lumpur. He was reportedly arrested and charged with money laundering for attempting to smuggle the amount to Malaysia.

On Monday, in a unexpected twist, Nazri told Parliament that, according to the MACC, Chia was never arrested.

Nazri had explained that the RM40 million, which was allegedly meant for Musa, was actually frozen in an investment account in Hong Kong.

Phang today said that both MACC and ICAC should independently come forward to clarify instead of having Nazri explaining the issue.