Who Owns the Oil in Sabah & Sarawak? 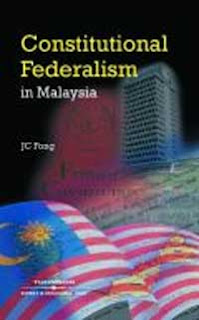 The retired Judge of the Court of Appeal explains the problem faced by Sabah and Sarawak, and suggests a radical solution to the East Malaysian states’ oil woes.

Initially, if oil was found within the boundaries of a State in the Federation of Malaysia, it is owned by the State. J.C Fong in his book Constitutional Federalism in Malaysia, wrote, on p. 98:

“But, the subject of ownership of petroleum (today, an important source of national wealth with current high global energy prices), found both on land and in the continental shelf of the States of Sabah and Sarawak which lies within the boundaries of Sarawak, was never a matter brought up to the Inter-Governmental Committee and hence, not included in its Report. Prior to Malaysia Day, the Borneo States exercised powers over petroleum found within its extended boundaries, i.e. the seabed and subsoil which lies beneath the high seas contiguous to the territorial waters of the respective states. With their boundaries maintained by virtue of Article 1(3) of the Federal Constitution, after Malaysia Day, the two states continued to exercise rights over petroleum found within its territories, including those found offshore.”

You will note that this passage I have quoted from J.C Fong’s book says “… the continent shelf of the States of Sabah and Sarawak which lies within the boundaries of Sarawak“. The footnote for this sentence is:

“2. The boundaries of the Colony of Sarawak are hereby extended to include the area of the continental shelf being the seabed and its subsoil which lies beneath the high seas contiguous to the territorial waters of Sarawak.”
The subject of ownership of petroleum was not thought of in the Malaysia Agreement, with the result that no safeguards were written into the Constitution of the Federation of Malaysia on the ownership of oil of these two East Malaysian States.

In the meantime, this happy state of abundant financial affluence was enjoyed by East Malaysia until the Petroleum Development Act 1974 was passed by the Federal Government.

Section 2 of this Act states:

3.(1) …
(2) The Corporation shall be subject to the control and direction of the Prime Minister who may from time to time issue such direction as he may deem fit.
(3) Notwithstanding the provisions of the Companies Act 1965, or any other written law to the contrary, the direction so issued shall be binding on the Corporation.
Section 4 is particularly interesting:

4. In return for the ownership and the rights, powers, liberties and privileges vested in it by virtue of this Act, the Corporation shall make to the Government of the Federation and the Government of any relevant State such cash payment as may be agreed between the parties concerned.
And section 5 provides as follows:

5.(1) There shall be established a Council to be known as the National Petroleum Advisory Council consisting of such persons including those from the relevant States as the Prime Minister may appoint.”
The corporation referred to in s. 2(1) of the Petroleum Development Act 1974 is, of course, the National Petroleum Corporation (PETRONAS). It is unproductive to muse over who is the chairman – whether former or incumbent – of Petronas. The point is, it is a creature of the ruling government which is the owner of all the oil in the country and the prime minister decides how the cake is to be shared.

Now you know why the BN cannot afford to lose the next general election.

Although Petronas owns the oil in Malaysia by virtue of the Act, surely it must still buy the land where the oil is found. I doubt Petronas had done that with offshore oil from the States in East Malaysia, probably on the assumption that the continental shelf is on the seabed – even though it is within the boundaries of Sarawak and Sabah – so that there would be no one for Petronas to buy it from, forgetting (as pointed out earlier in the passage from J.C. Fong’s book) that the East Malaysian States own the seabeds as well as the area within their own boundaries.

The distressing part is, the Petroleum Development Act 1974 itself cannot be challenged in a court of law because of the doctrine of separation of powers between the judiciary and the legislature which is fundamental in a parliamentary democracy (see Pickin v. British Railways Board [1974] AC 765). Unless, of course, the Act is intrinsically unconstitutional vis-a-vis the Federal Constitution which it is not.

The only way, it seems to me, is to kill the goose that lays the golden eggs – i.e repeal this Act of Parliament.