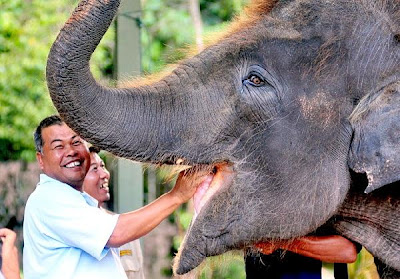 KUALA TERENGGANU - Allegations of a sex video and photographs involving a senior politician have resurfaced.

This issue is said to be an old one which started in 2009, and has been recirculated and making its rounds on social media to defame the politician.

The politician apparently gave out timber projects to some women and received sexual favours in return.

A source, who is also a politician close to the alleged party and the “victim”, said the whole issue was being brought up now to defame the politician.

“I know both of them well and I can say that this is an old story which was used to threaten the politician to get tenders as well as money.

“This woman has a problem and is always trying to prey on rich victims, including politicians, to extort money,” the source told The Star, adding that those involved should stop circulating the false news to discredit the politician.

It is believed that the sex video and photographs were first circulated by the blog Malaysia Response.

The article also mentioned that the politician was involved in numerous scandals.

Numerous attempts to contact the alleged politician by telephone and Whatsapp went unanswered.