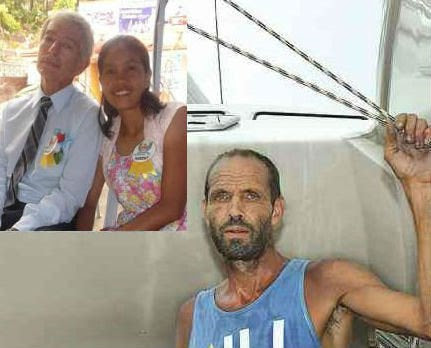 MANILA, Philippines -- Abu Sayyaf extremists on Saturday freed a Norwegian man kidnapped a year ago in the southern Philippines with two Canadians who were later beheaded and a Filipino woman who has been released by the ransom-seeking militants, officials said.

Kjartan Sekkingstad was freed in Patikul, a town in the province of Sulu, and was eventually secured by rebels from the larger Moro National Liberation Front, which has signed a peace deal with the government and helped negotiate his release, Philippine government officials said.

Sekkingstad, held in jungle captivity since being kidnapped last September, was to stay overnight at the house of Moro National Liberation Front Chairman Nur Misuari in Sulu and then be flown to the southern city of Davao today to meet with Philippine President Rodrigo Duterte, said Jesus Dureza, who advises Duterte on peace talks with insurgent groups.

A plan to fly the freed hostage out of Sulu, a jungle-clad Muslim region about 590 miles south of Manila, on Saturday was scrapped because of bad weather, Dureza said.

Dureza said that when he spoke on the phone with Sekkingstad, the Norwegian expressed his gratitude to Duterte.

Sekkingstad was released after Abu Sayyaf received a ransom of about 30 million pesos, or roughly $630,000, the national police said in a statement. It was not immediately known who had paid the ransom, or if it was in addition to previous payments. Last month, Duterte alluded to a $1 million ransom that had been paid to free Sekkingstad despite a government policy against such payments.

Norwegian Foreign Minister Borge Brende confirmed Sekkingstad's release and said he was in contact with Dureza. Brende said he was told that Sekkingstad would be likely handed over to the Philippine authorities today.

Sekkingstad fell ill while in captivity, according to a Philippine army officer who helped monitor the kidnapping.

"Under the intense pressure of focused military operations, the terrorist kidnap-for-ransom Abu Sayyaf group was constrained to release Sekkingstad, as holding him under custody slows down their continued movement," military spokesman Col. Edgard Arevalo said.

Military chief Gen. Ricardo Visaya warned the militants to release their other captives, including a Dutch birdwatcher and Indonesian and Malaysian tugboat crewmen, "or suffer annihilation."

While Duterte has pursued peace talks with Misuari's group and the larger Moro Islamic Liberation Front, he has ordered the military to destroy Abu Sayyaf, a smaller but more brutal band that the president says aims to establish an Islamic state or caliphate.

"They are no longer hungry for autonomy. They are hungry for a fight to establish a caliphate in Southeast Asia," Duterte told troops Saturday, although his predecessors have regarded the militants as a loose collective of bandits.

Sekkingstad was kidnapped from a marina on southern Samal Island on Sept. 21, 2015, with Canadians John Ridsdel and Robert Hall and Hall's Filipino girlfriend, Marites Flor, sparking an intensive land and sea search by Philippine forces.

Abu Sayyaf demanded a huge ransom for the release of the foreigners, and released videos in which they threatened the captives in a lush jungle clearing where they displayed Islamic State-style black flags.

Ridsdel was beheaded in April, and Hall was decapitated in June after ransom deadlines lapsed. When Flor was freed in June, she recounted in horror how the militants rejoiced while watching the beheadings.

"It's so painful because I saw them moments before they got beheaded," Flor told reporters in June in Davao, where she was flown to meet Duterte, then president-elect.

"They were watching it and they were happy," she said of the militants, adding that she did not witness the killings.

Government forces launched an offensive against Abu Sayyaf after the beheadings of the Canadians sparked condemnations from then-Philippine President Benigno Aquino III and Canadian Prime Minister Justin Trudeau, who called on other nations not to pay ransoms if their citizens are abducted to discourage the brutal militants from carrying out more kidnappings.

Abu Sayyaf has been blacklisted as a terrorist organization by the U.S. and the Philippines for deadly bombings, kidnappings and beheadings. Without any known foreign funding, the extremists have relied on ransom kidnappings, extortion and other acts of banditry, and some commanders have pledged loyalty to the Islamic State militant group partly in the hope of obtaining funds.

Information for this article was contributed by Jan M. Olsen of The Associated Press and by Felipe Villamor of The New York Times.