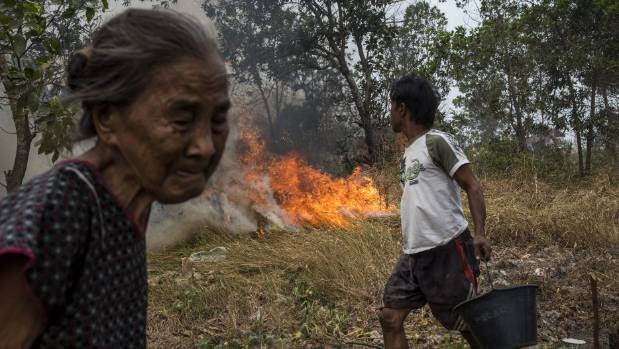 KUALA LUMPUR - Malaysia, Indonesia and Singapore have refuted a study by two US universities which linked a smog outbreak in South East Asia last year to possibly causing over 100,000 premature deaths.

The three countries firmly disputed the study, with Singaporean and Indonesian experts claiming that the numbers were far too high, while the Malaysian Health Ministry denied any fatalities occurred as a result of the haze.

Straits Times (ST) quoted Mt Alvernia Hospital's Dr Jim Teo, a respiratory physician as saying that the estimate in the report was “possible” as many vulnerable patients, especially those with chronic heart and lung conditions, had suffered more serious symptoms during the haze.

However, it reported that despite the fact that exposure to high levels of PM2.5 could lead to diseases and early deaths, experts in the republic felt that the figure in the study is not reflective of what actually happened.

“The majority of the problems faced by their patients during the haze period last year might have been serious but were not life-threatening,” ST reported another respiratory specialist, Dr Ong Kian Chung as saying.

The Indonesian Health Ministry also questioned the figures, saying that it far exceeded the country's own recorded death toll of 19.

“I'm not sure these figures describe the real situation. If it's only a statistical count, I don't think it is appropriate to conclude such a huge death toll.” it's director-general Mohamad Subuh reportedly told the ST.

“We had no deaths last year directly related to the haze.” he was quoted saying by The Star.

He told the daily that the Ministry had done a study on suspended particulate matter in the air from open burning and its effects on the human body, and found that apart from irritable symptoms, no grave health risks were likely.

“Of course we had increased number of conjunctivitis and respiratory track infection but its mostly due to the fact that some haze contained sulpher dioxide and nitric oxide which comes from the burning of fossil fuel,” he reportedly said.

Researchers from Harvard and Columbia universities in the US estimated there were more than 90,000 early deaths in Indonesia in areas closest to haze-belching fires, and several thousand more in neighbouring Singapore and Malaysia, AFP reported yesterday.

The new study to be published in journal Environmental Research Letters, which combined satellite data with models of health impacts from smoke exposure and readings from pollution monitoring stations, estimated that 100,300 had died prematurely due to last year’s fires across the three countries.