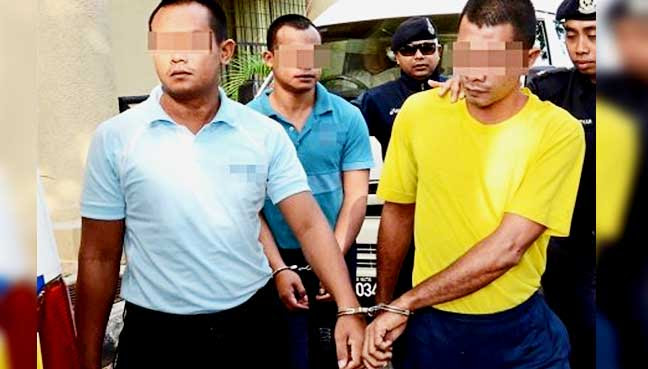 PETALING JAYA - The law came down hard on three men serving detention at a drug rehabilitation centre in Penang, when they were jailed eight months for having implanted steel ball bearings into their private part, a local daily reported.

The magistrates court in Butterworth ruled they had contravened Section 20(1)(a) of the Drug Dependants Act 1983. Among other things, the law stipulates that it is illegal for any drug rehab inmate to have ball bearings in his penis.

The three men had faced a maximum three years’ jail time or fine, or both, as allowed for under the law.

Two of the men admitted to having the procedure to insert the ball bearings while they were still undergoing treatment at the Pusat Serenti Kampung Selamat in Tasek Gelugor on May 29.

They joined another man, 38, who also pleaded guilty to already having ball bearings in his penis, when he performed the procedure to implant the same for the two men, both of whom are aged 25.

The implanting of ball bearings into penises is said to help improve a man’s sexual prowess.

The men were ordered by magistrate Muhammad Firdaus Abdul Wahab to serve their jail term from yesterday, according to the daily.
Posted by wikisabah at 3:02:00 PM