Concern over 900 new Islamic schools springing up in 6 years, could be hotbeds for extremist ideas 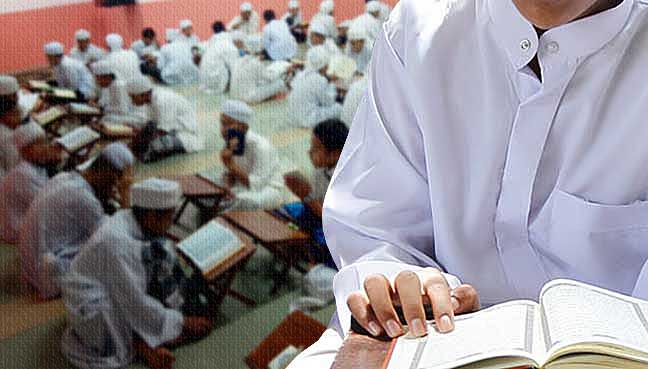 PETALING JAYA - In the past six years alone, 900 new private Islamic schools have mushroomed across Malaysia. And about 600 of them are unregistered.

As the emphasis at these tahfiz schools is on memorising the Quran, and as most students end up becoming ustaz after they graduate, there is a rising number of religious teachers, according to a report in Singapore’s The Straits Times (ST).

“Still, the growth of Islamic schools has come amid rising concern worldwide that such schools could become hotbeds of militancy,” the daily wrote, recalling the death of Lotfi Ariffin, a Malaysian IS militant killed in Syria three years ago who also founded a madrasah in Kedah, as well as the recent arrest of a religious teacher in Perak for supporting IS militants.

But the daily also quoted government figures as saying that only 5% of those arrested for terrorism links had religious school backgrounds.

According to the ST report, many Muslim parents are sending their children to Islamic schools because they think public schools are unable to build character, strengthen religious beliefs and instil good moral values in their children.

This is despite the fact that public schools are free but most tahfiz schools charge a fee.

Muhammad Shariff Azhari, a director at Matan Centre, which runs three private religious schools nationwide including Maahad Tahfiz An-Nabawi near Kuala Lumpur was quoted as saying: “Society is returning to religion and there’s a demand now for tahfiz schools.”

The report noted that tahfiz education became big news in Malaysia after an administrator at one such school in Johor allegedly abused an 11-year-old boy so badly in April, that he died.

Also in April, Prime Minister Najib Razak gave RM30 million to develop tahfiz education – a first by the government to provide financial aid to such schools.

Noting that private educational institutions of all kinds such as international schools, and not tahfiz schools alone, were doing well, the ST report noted a crucial difference: each tahfiz school sets its own syllabus, with an emphasis on memorising the Quran.

While most of these students become ustaz after they graduate, others pursue different courses in universities that are usually linked to Islam, such as becoming an imam or a shariah lawyer.

Many tahfiz schools also do not provide a parallel system for students to sit the government-recognised Sijil Pelajaran Malaysia – a prerequisite for anyone seeking tertiary education in Malaysia and abroad.

Some schools, says the report, offer extra classes for SPM subjects but in cases where they do not, the responsibility falls on parents.

The ST report also noted that there were more than 600 unregistered tahfiz schools. It said the government was encouraging these schools to register with the Islamic Department.

The government is also setting up a National Tahfiz Education Policy, to bring greater integration and system to the string of schools.

Saying people’s perceptions of Muslims had been misguided due to the IS, Shariff added: “We don’t talk about making bombs. That’s not Islam. No religion talks about murdering people.”
Posted by wikisabah at 1:13:00 PM