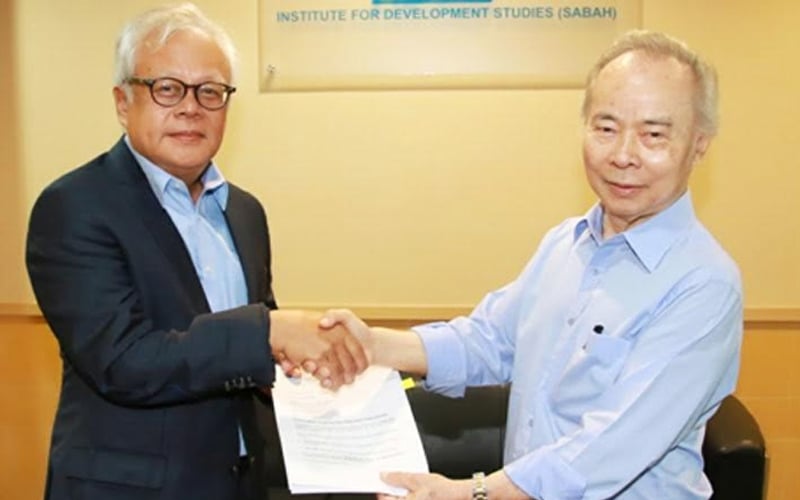 KOTA KINABALU - A power struggle in Sabah think tank Institute for Development Studies (IDS) may soon test Chief Minister Shafie Apdal’s stand on how he wants the organisation to be run.

FMT understands that one camp in the IDS board of directors sides with chairman Simon Sipaun. This faction includes former CEO Hasnol Ayub.

The other camp, meanwhile, supports the embattled CEO Johan Ariffin, whose appointment was reportedly rejected at a board meeting last Wednesday.

According to a board member, the vote was initially tied at five for and five against, but Sipaun cast his ballot against the motion, essentially revoking Johan’s appointment.

Some of the directors were said to be unhappy as they see Sipaun as under the influence of Hasnol, who is the nephew of former chief minister Musa Aman.

Sipaun, in the meeting, alleged that Johan had spent RM200,000 within just a few days of being in office. He said Johan had also spent on other things which he labelled unnecessary.

When contacted, Johan confirmed the incident but said the battle would continue as he has received a directive from Shafie to continue in his post.

“The chairman (Sipaun) is ignoring the chief minister’s directive to keep me as CEO of IDS. I met the chief minister yesterday and he said to continue but Sipaun sent a letter of dismissal,” he said in a WhatsApp message to FMT.

Johan claimed Hasnol is in the picture as well, even though he said Shafie had wanted him dropped as director for some time now.

He added that he would only follow the instructions given by the chief minister and accused Sipaun’s team of carrying out “a hostile takeover” by taking back his car, among others.

“By right, according to my contract, they should give me notice,” he said.

On Sipaun’s claim that he had spent RM200,000 within his first few days in office, Johan said the chairman had no evidence of this or any other accusation against him.

He added that the situation was strange as Sipaun had wanted him as CEO in the first place, and the chief minister had selected him from the list of candidates.

Sipaun, meanwhile, told FMT that the move not to confirm Johan’s appointment had been a board decision. He added that the former Yayasan Sabah group director was only on probation, having been appointed to the post in December last year.

“He was on a six-month probation expiring on May 31. The board of directors met on Wednesday and decided not to confirm him. His last day of service was May 31,” he said.

When told that Johan had claimed the support of the chief minister in the matter, Sipaun said that was his version of the story.

He also said that Hasnol was on the board as he was elected by the members, not appointed by the government.

He said Hasnol could only be removed at the annual general meeting and not through political interference.