To Hell with Trump! Asia doesn’t want US to kneecap China 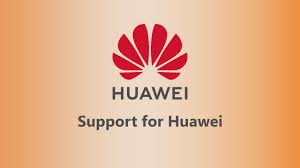 They expected the event to follow a typical routine: The US and its friends gang up on China, leaving it alone to push back against a host of complaints. But this year, with an escalating trade war threatening global growth, the People’s Liberation Army officers saw other Asian leaders critiquing key aspects of the Trump administration’s attacks on China.

Singapore Prime Minister Lee Hsien Loong set the tone in his opening remarks, calling on the US to accommodate China’s rise while downplaying the threat posed by Huawei Technologies Co. A Myanmar minister suggested US warnings about China’s debt-trap diplomacy were overblown. And nearly everyone wanted the trade war to end.

“What is at stake is the existing global order, that even if not perfect has ensured peace and progress these last 70 years,” Singapore Defense Minister Ng Eng Hen told the Shangri-La Dialogue. “It would be an egregious folly to throw this baby out with the bath water.”

Fears are growing throughout Asia that a clash of superpowers will end up hurting smaller nations, many of which rely on exports to fuel the economic growth that provides jobs for millions of people. And while many Asian countries view the US as an essential check on China’s power, they are also wary that President Donald Trump is going too far in trying to halt its rise.

China has threatened to retaliate with a planned list of “ unreliable” entities that could potentially affect thousands of foreign firms. On Saturday, Beijing said it opened an investigation into FedEx Corp. after it accused the company of misdirecting packages. The company has apologised.

In the middle are nations facing pressure from the US to avoid using Huawei equipment in 5G networks or take China’s cash to fund infrastructure like deep-sea ports and high-speed railways. But that poses a problem: How else will they afford to move up the value-chain and deliver growth in the future?

“Some if not all regional countries may harbor concerns about the security ramifications of using Huawei, but there are real pragmatic considerations,” said Collin Koh Swee Lean, a research fellow at the S. Rajaratnam School of International Studies in Singapore. “Cost-wise in particular, Chinese offers for infrastructure development present more attractive propositions.”

Acting Defense Secretary Patrick Shanahan sought to address funding worries in his speech, mentioning that the US roughly doubled a competing infrastructure fund to US$60 billion. He contrasted the American vision of a “free and open” region with one “where power determines place and debt determines destiny.”

For many Asian countries, however, US funding isn’t enough to meet their needs and generally comes with too many strings attached. Myanmar, for instance, found that China was the only country willing to finance a deep-sea port and industrial park on its coastline near Bangladesh.

“In the end, the decision to accept or not to accept such financing rests with the recipient country and not with Beijing,” Thaung Tun, Myanmar’s national security adviser, told the conference, dismissing the notion that China would indebt the country for strategic gains.

“We’re looking for partners so we can take quantum leaps,” he said later in an interview. “And at the moment the funding is not forthcoming from the World Bank and other financial institutions.”

The same considerations are at play with Huawei. Nations around the world are looking to build 5G networks that will power the modern economy, from self-driving cars to smart homes to advanced medicine. Andrea L. Thompson, a State Department official who attended the meeting in Singapore, said Sunday it “takes time” to convince nations in the region to avoid using Huawei.

“It’s the lowest bidder for a reason – it’s backed by the Chinese government,” she told reporters. “If you want to expose your network – to be a dirty network, an untrusted network – there’s a price to pay with that.”

“You cannot be sure anymore,” Rufino Lopez Jr., deputy director-general of the Philippine National Security Council, said in an interview.

Asian countries are listening to the US on Huawei but drawing different conclusions, according to David Gordon, former vice chairman of the US National Intelligence Council who is now a senior adviser at the International Institute for Strategic Studies.

“What they’re taking from the message is ‘We have to watch this, we have to be careful, we have to mitigate,’” he said. “Rather than what the US would like them to say, which is ‘We need to stay away.’”

That’s not to say that Asia is embracing China with open arms. Speakers at the Shangri-La Dialogue challenged China’s actions in contested waters, particularly regarding its assertiveness over territory claimed by other nations and moves that could hinder freedom of navigation.

Defense Minister Wei Fenghe, who said Sunday that China has no intention to replace the US as “the boss of this world,” also irked Southeast Asian nations with his defense of construction work on disputed land features in the South China Sea.

But overall Asian leaders peppered their comments with nuance, a reflection of the constant need to leverage China’s rise for economic gains without becoming so dependent that Beijing dictates political outcomes. And that balancing act stands in sharp contrast to the aggressive tactics currently employed by the White House.

“Countries in the region cannot afford to sign up to an uncompromising US line,” said Lynn Kuok, a visiting scholar at Yale Law School’s Paul Tsai China Center. “They are in a region with a powerful neighbor and have always been pragmatic and flexible. Being uncompromising is not in their DNA.”
Posted by wikisabah at 4:10:00 PM