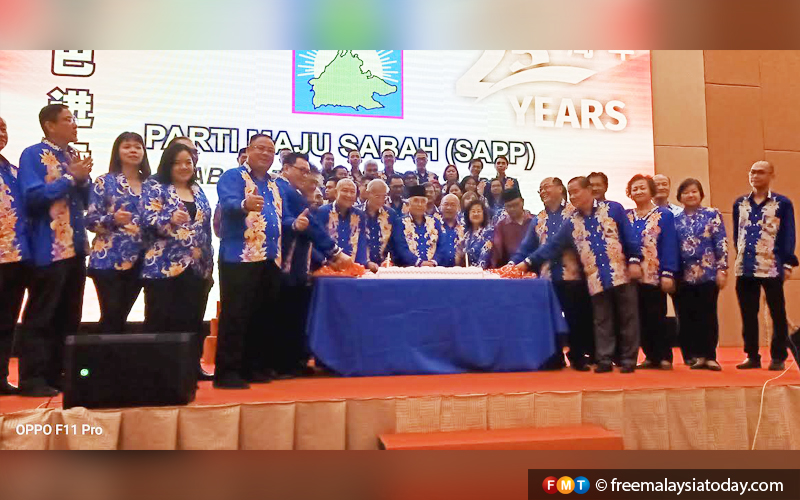 Speaking during the party’s 25th anniversary celebration in Penampang near here today, Yong contended nothing has changed despite the switch in government following the last general election.

“In this post-Umno/Barisan Nasional-era, Malaysia, I don’t refer to the current era as ‘New Malaysia’ because we do not see new things happening. The current political intrigue at the federal level is because of the power struggle among groups with vested interests.

“In their power struggle, Sabah rights have been conveniently shoved aside. Promises of oil and gas revenues, of 50% taxes to be returned to Sabah, and of more development funds, among others, have been forgotten,” he said.

Yong, a former Sabah chief minister, said at the same time, the Warisan-led Sabah government also seemed to be at a loss on what to do.

“They seem to be on auto-pilot. This period of political uncertainty is aggravating the economy which shows no signs of recovery.”

Speaking to reporters later, Yong pointed out that the gay sex video controversy, allegedly implicating Economic Affairs Minister Mohamed Azmin Ali, which he has vigorously denied, was among the kinds of political intrigue he meant in his speech.

“The vested interests would be people in power who have something to lose if there is a change in the potential prime minister,” he said.

As his party celebrated its silver jubilee, Yong remained steadfast in SAPP’s decision to quit BN in 2008 and in upholding its struggle for Sabah’s rights.

SAPP left the BN stating that it had lost its confidence in then-prime minister Abdullah Ahmad Badawi.

Drawing examples from the struggles for self-determination in other countries such as Indonesia, the Philippines and Scotland, Yong said SAPP’s struggle for autonomy is consistent with the Malaysia Agreement 1963 (MA63).

He said the global trend for regional autonomy showed that the path taken by SAPP, and its partners in opposition bloc Gabungan Sabah, is correct and it will eventually be vindicated.

“Ten years ago, most Malaysians, even many Sabahans, were not aware of MA63.

“But now, MA63 has become the mainstream agenda of Sabah. Even the federal government has to voice its support for compliance with MA63 although we have yet to see progress on this front,” he said.

Yong also called on his party members to remain resilient in their aspirations to win back seats in Sabah.

On potential working ties with Umno, Yong said: “We don’t think Umno will regain power and, secondly, the party has yet to reform itself. From what we see, Umno is still Umno.”

He was adamant that the Sabah government should only contain local-based parties, as in Sarawak.

“In MA63, non-local or Malaya-based parties are not supposed to be part of the state government,” he said, adding, however, that the working relationship between the state and central governments should remain.

By Durie Rainer Fong
Posted by wikisabah at 3:25:00 PM