Like it or not, Sarawak subject to unfair tourism tax, says state minister 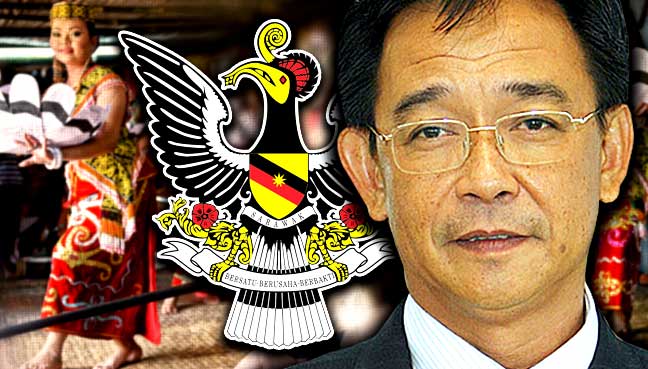 Sarawak minister Abdul Karim Rahman Hamzah, however, says the manner surrounding the implementation of the tax is unfair.

Sarawak minister Abdul Karim Rahman Hamzah has conceded that come July 1, the state, too, will be subjected to the new tourism tax, despite his calls for it to be deferred.

This, said the Sarawak tourism, arts, culture, youth and sports minister,was because taxation powers rested with the Federal Government, not the state.

However, he insisted that the manner surrounding the implementation of the tax was unfair.

“The way I see it, and if you read the Tourism Tax Act 2017, come July 1, hotels nationwide, including Sarawak, will have to register for the tax.

“If they don’t register within 30 days, they will be penalised. This is something we personally feel is not fair.

“You can’t simply impose this kind of requirement in our state without consulting us first,” said Karim when contacted.

Federal Tourism and Culture Minister Nazri Aziz had previously told FMT that the Sarawak state government had been consulted – through its representatives in the federal Cabinet and the Parliament, where the Act was tabled and passed.

Asked about this, Karim said Sarawak ministers sitting in the Federal Cabinet, and the MPs from the state, did not not represent the state government “even though they come from the state”.

This was especially so for the federal ministers, as they were appointed by Prime Minister Najib Razak and not the state government, he said.

“If we look back at the spirit of the Malaysia Agreement 1963 (MA63), there’s supposed to be an intergovernmental committee meeting every 10 years.

“This committee is the one that really represents the state and the federal governments, if he (Nazri) wants to know.

“But after 1963, the committee has only had one meeting.”

Karim also pointed out that although taxation was a matter under the Federal Government, tourism had always “belonged” to Sarawak.

Karim, who is a lawyer, said the subject of tourism was not discussed when MA63 was signed by Malaya, Singapore, Sabah and Sarawak.

This was why tourism was initially not included in the Federal Constitution’s Federal List, State List or Concurrent List, he said, adding that this meant the subject matter should fall in the Residual List.

“So it would be up to the state to take their own course on this subject matter, and that was why tourism became something that we treated as part of our state responsibilities.

“But somehow, in 1994, the Federal Constitution was amended. Suddenly tourism was placed under the Federal List and treated as a subject matter that comes under the purview of the Federal Government.

“Sarawak was not informed of this amendment,” he said.

The new tourism tax will kick in on July 1, and will see hotels nationwide being forced to charge between RM2.50 and RM20 per night.

Nazri had said that revenue from the tax would be in the region of RM654.62 million if the overall occupancy rate for the 11 million “room nights” in the country could achieve 60%.

By Nawar Firdaws
Posted by wikisabah at 2:59:00 PM